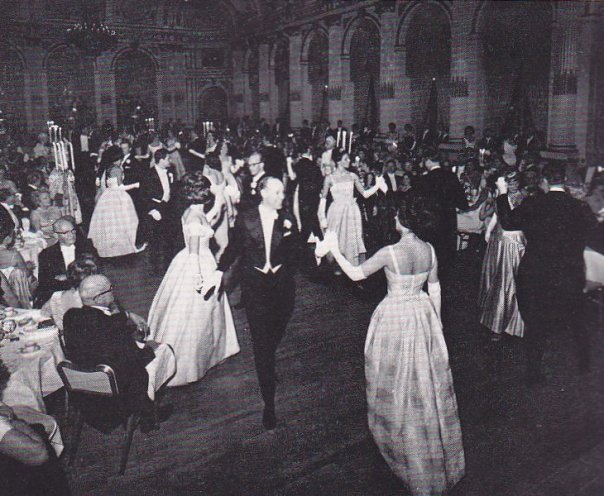 The first Quadrille Ball was held in January of 1961. The Honorary Chairmen were General and Mrs. Lucius Clay. General Clay had been the commanding general of the U.S. occupation in Germany and was held in high esteem by many Germans. The first Guest of Honor was H.H. Louis Ferdinand von Preußen, the last Kaiser’s grandson. A tradition was started to have prominent members of German government or German corporate leaders as Guests of Honor at the Quadrille Ball.

Columbia University was the first beneficiary and the ball’s proceeds were funding American graduate students studying in Germany. In 1964, the International Institute of Education (IIE) became another beneficiary of the event, and the IIE has used the allocated proceeds to fund scholarships for German graduate students in the United States. In keeping with the theme of providing opportunities to young people, the organizers of the Ball thought it fitting to have as its signature event the performance of the Quadrille by young professionals as highlight of the evening. 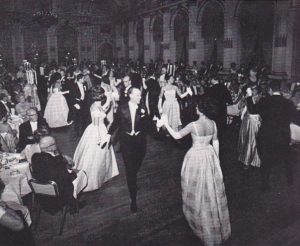 Charity balls organized by Americans of German ancestry highlighted the New York social season long before the first Quadrille Ball. During the second half of the 19th century the balls were held at the Academy of Music, and later at the Metropolitan Opera House. These events were known as the “German Charity Balls”. The first one was held at the Metropolitan Opera House on February 20, 1890. Later the balls moved to the Waldorf Astoria and subsequently to the Hotel Astor.

In 1960, after another interruption during WWII, it was decided that the old tradition of a German Charity Ball would be resumed and Mrs. Ina Kesseler became the first chair.

The Ball itself features dining and dancing in the main ballroom. The festivities continue in another adjacent setting within the same venue. This KüKa Club is named after the original KüKa, the Künstler Café (Artists’ Café), located in Berlin. While the original KüKa closed in 1930 its spirit lives on at the Quadrille Ball. The ball guests are invited to continue to dance and socialize until 4 am.